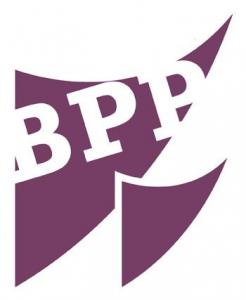 This episode is epic. And while that’s probably not the first time we’ve said that, we really mean it this time. Why? Because of co-host, Karan guessed who our guest was after only a few clues! Major awards, cheers, and snaps were given. But you don’t have to guess. Here’s the scoop. For 39 years, Bloomington has been home to the only professional theater in the state of Indiana dedicated to new plays! The Bloomington Playwrights Project (or BPP, as it’s affectionately known) showcases new work from local and national playwrights, where they have an opportunity to develop new works and improve upon it using audience feedback. This opportunity isn’t just limited to professionals, though. The BPP also has programming suited to aspiring artists between the ages of 5-16. Their Youth Education Program gives kids a chance to experience the many different aspects of theater, from the basic elements of acting to playwriting to the humor of sketch comedy to lively musical performance. The BPP also partners with the Monroe County Community School Corporations after-school program to offer different parts of the world of theatre to local students! Join us as we chat with Producing Artistic Director of the Bloomington Playwrights Project, Chad Rabinovitz, about how lucky Bloomington is to have this opportunity in our own back yard!

Also, we throwback to At Home in Bloomington Episode 27, when we spoke to Switchyard Brewing. BPP actually shares a wall with Switchyard and an evening at the theater plus a local brew is the perfect combination. And in our REAL-List segment, Deb shares secrets for cheap ways to prepare your home for sale. it shouldn’t cost more than some beer and pizza!